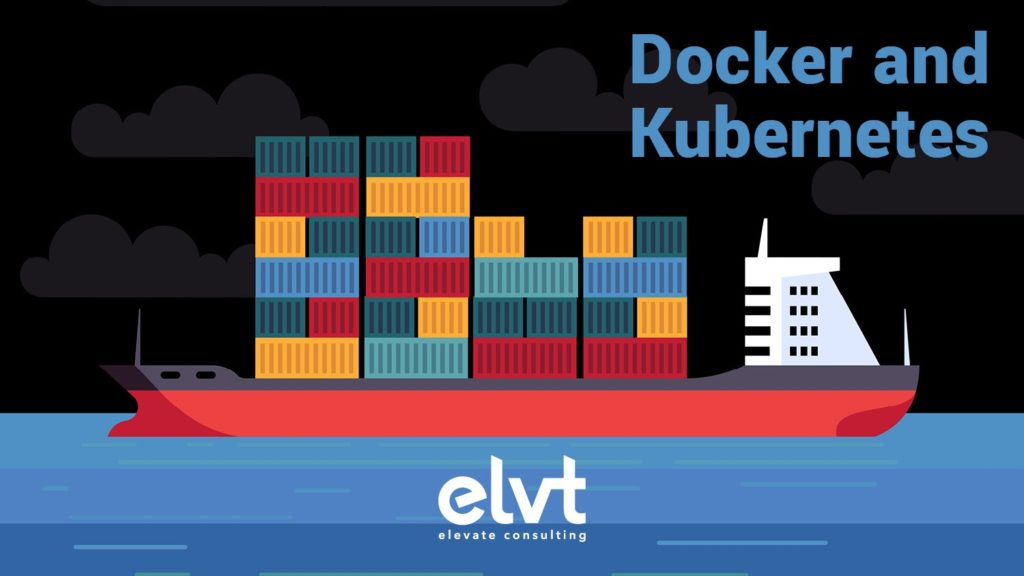 Dockerizing a Ruby on Rails Application

Docker containers are lightweight packages that include a minimal operating system (much like a virtual machine) and any associated software that has a specific purpose. Typical containers include API Servers, Frontend (web) Servers, Databases, Cache Servers, Logging Servers, etc. These containers can be packaged up, stored in a repository, and deployed to a hosting environment where they get exposed to the internet or internal networks. Typically we start with a base image (node.js, etc), add all of our code and resources (images, css, etc), and put that into a repository. That image can then be loaded onto whichever environment we desire.

Why Do We Care?

One of the most important advantages of containerization is repeatability. Here are some prime examples that illustrate the utility of containers in maintaining repeatability across environments and situations:

You can see why this becomes exponentially more difficult as we scale out and/or add different environments. In a container, our code is packaged along with its server AND the underlying OS into a lightweight package that we can then put wherever we want. If it works in the Test Environment we can be much more confident that it will work in Production. Problem solved.

Now that we have a baseline understanding of containers and why we would wish to utilize them, let’s look at a couple of the most commonly used containerization tools. Below we’ll walk through the aspects of Docker and Kubernetes with a brief example of how they’re used in practice

One of the most commonly used containerization tools is Docker. Docker lets us run “containers” – self-contained, portable mini-copies of an operating system and associated software – much like virtual machines. Docker containers can be downloaded from a repository and started quickly with a simple command. Some examples of common software run on containers include:

Docker is widely used with both an open source and proprietary version. There are various other options available should they be of interest, however quite often the network and support avenues for Docker make it the preferred choice.

Kubernetes (often abbreviated as k8s) is a container orchestration framework. This means that it stands at a layer above Docker, and coordinates the activity of different containers, allowing them to talk to each other and access the outside world. Kubernetes runs on a few basic concepts:

Why use Docker and Kubernetes?

Docker and Kubernetes are used widely in a number of different applications and environments. The technology has been hardened over the years and has a robust community of support. Below we detail some specific advantages to their use:

As an example app we’re using “Chili Friends”, an application that matches people together based on their chili sauce preferences. This is a Ruby-on-Rails (RoR) application available here.

This application runs on RoR using a SQL database (postgresql). To function properly we’ll have to set up an Ingress for internet users to connect. For Chili Friends we’ll set up the following:

To get started, the demo application we’re using was created with ruby’s basic scaffolding to create sign in, sign up, and sign out functionality, as well as the default welcome screen to make sure the app is up and running.

From my local computer, I can start the local dev server using rails server and am presented with this screen: 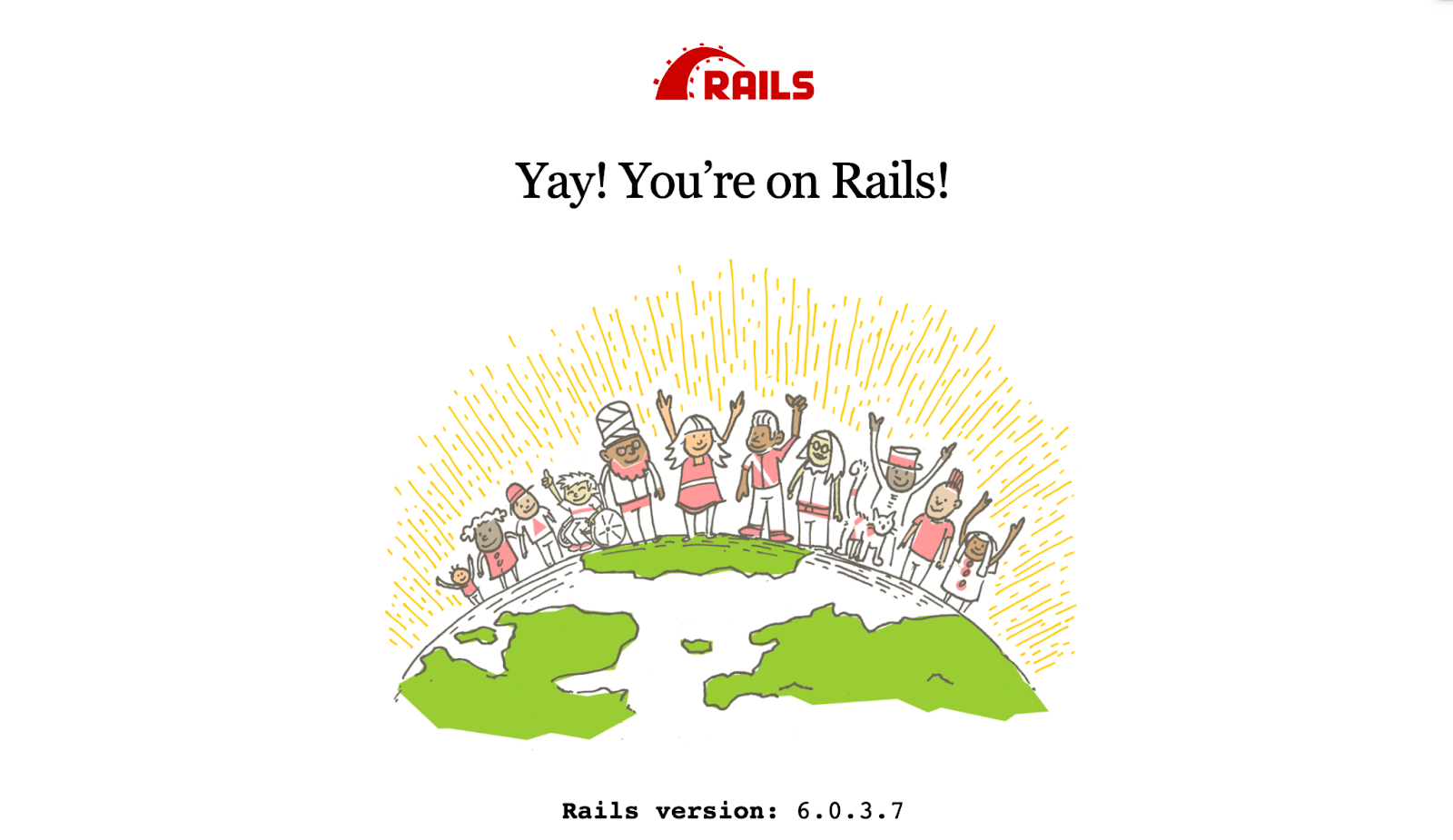 To test the database, I’m going to sign in here.

Once I do, I’m redirected to the default welcome page. Now that I know it works on my local machine, I’ll create a docker image using this Dockerfile:

Some explanation about what these commands do:

This means we’ll build our docker image on top of an existing one. In this case, we’re using a stripped down version of linux (alpine linux) with ruby version 2.6.6 installed. This keeps everything lightweight.

For subsequent commands this is as if you were installing the app on a fresh machine. We’re installing some Compiler Utilities, Database Libraries, and the like. The ‘ENV’ command creates environmental variables and the ‘RUN’ command executes shell instructions as if we were to ssh into a machine or sit at a terminal. We use ‘COPY’ to move files from our local machine to the docker image when building and ‘WORKDIR’ to set the directory inside the image when we copy files and execute commands.

Now that that’s set up, let’s look at some of the Kubernetes configurations:

This yaml file configures our deployment in Kubernetes. In a Kubernetes cluster with many applications going, we use the ‘label’ feature to define different areas that work together (in our case chili-friends). Some of the important parts of this are:

Now we’re up one level of abstraction. Similar to software development, a Service defines a logical resource that we can use with an address ‘chili-friends-service’ and a port 80. This service manages the load-balancing between the different containers they point to. The important parts:

Now we’ve got all of the internal parts of our Kubernetes application going. We’ve got our app container deployed to the cluster, and a service that points to that deployment. So far, all of these network paths are contained within the cluster, not accessible to the outside. Now we need an Ingress. An ingress acts as a gateway to the internet. It connects aspects of a request (http url, etc) to a particular service. Here’s the ingress we can use for chili friends:

There’s a fair amount going on here. Let’s start with the annotations. In AWS, Kubernetes Ingresses are implemented as Application Load Balancers. That’s what each of the annotations is for. They describe the open ports, which certificate in Amazon Certificate Manager to use, and how to redirect ports to SSL. It should be noted here that we’re delegating all SSL functions to the load balancer. The connection between the client and the ingress over the internet is encrypted via SSL, then our internal server deals with raw HTTP. This saves us the hassle of having to deal with certificate management inside of our app. Additionally, keep in mind that a DNS record must be created with a DNS provider (or for testing, using /etc/hosts or similar methods on windows) in order to actually hit this address.

Next Post
The Importance of Certificates in Modern Application Development